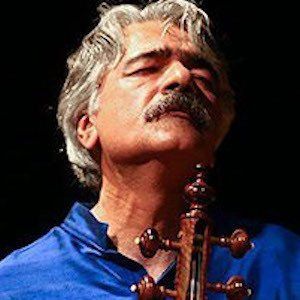 Iranian composer and musician proficient on the Kamancheh and Setar and known for his mastery of classical Persian and Kurdish musical styles.

By the time he was in his early teens, he was performing with the Iranian National Radio and Television Orchestra. He later studied music at Canada's Carleton University.

He established a band called Ghazal that produced a Grammy-nominated live album.

He was born in Kermanshah, Iran and raised in Tehran.

Kayhan Kalhor Is A Member Of