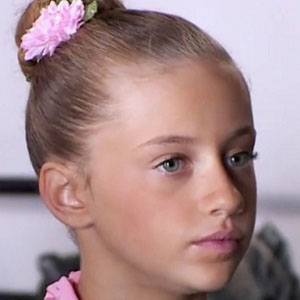 Notable for her appearances on Season 5 of the popular reality series Dance Moms, Seitel is the younger sister of fellow Dance Moms competitor and Murrieta Dance Project member Talia Seitel.

She made her Dance Moms debut in the Season 5 episode "Hello Hollywood, Goodbye Abby," earning a team first place finish for the dance number "Unstoppable."

Despite being the youngest dancer on her team, she appeared front and center during her first televised Dance Moms competition.

Born and raised in Murrieta, California, she and her sister Talia are the children of Jennifer Seitel, who was a dancer herself before becoming paralyzed in a car accident.

She and Keara Nichols were both part of the Murrieta Dance Project team that completed on the Season 5 Dance Moms episode "Maddie vs. Kalani."

Kayla Seitel Is A Member Of