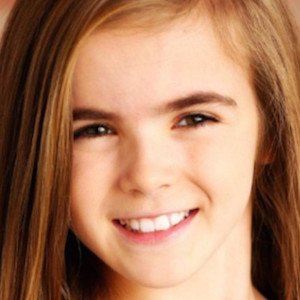 Best known for her association with the popular reality series Dance Moms, this dancer made her television debut in the episode "Blame It on the New Girl."

She was slated to appear on Dance Moms as a representative of Candy Apple's Dance Center in Ohio; however, the dance troupe's group number, "The Last Dance," was pulled from the competition.

She performed primarily with the Murrieta Dance Project.

She grew up in Murrieta, California, with family members named Alyssa and Autumn Nichols.

Keara Nichols Is A Member Of