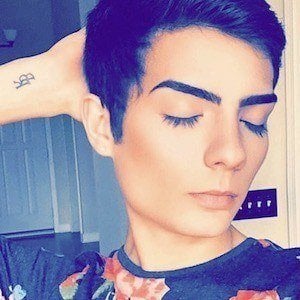 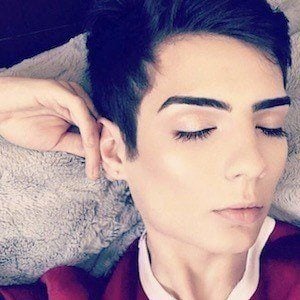 YouTuber and vlogger known for documenting his personal life and his age gap relationship. He has earned over 150,000 subscribers for his relationship videos and beauty tutorials on his self-titled channel.

He started uploading videos to his YouTube channel in September of 2016. He began with humorous makeup tutorials that showcased his personality.

He is in a relationship with an age gap of 32 years. His boyfriend Mark is featured in several of his YouTube videos.

He has never met his dad from Lebanon and his mom is from America.

He was inspired by Jeffree Star and was able to meet him at warped tour at the age of 17.

Kayleb Alexander Is A Member Of