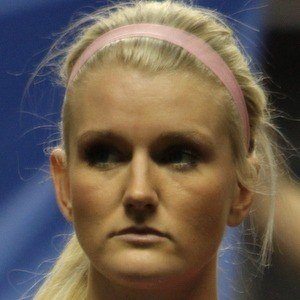 Midfielder who began representing Canada at the Under-17 level and has played for her country at tournaments like the FIFA Women's World Cup and Summer Olympics. In 2010 and 2011, she was named the Senior Female Player of the Year while playing for the Vancouver Whitecaps Women.

She was born and raised in Saskatoon, Saskatchewan. She was named Saskatchewan Soccer Association Youth Female Player of The Year three straight years from 2004 to 2006.

She has visited the West African nation of Liberia as an ambassador for the Right to Play organization.

Her father Doug was a hockey player and her mother Pat was a volleyball player. Her older sister Courtenee also played soccer at the national level.

She won bronze at the 2012 Summer Olympics with the help of Canadian teammate Diana Matheson.

Kaylyn Kyle Is A Member Of