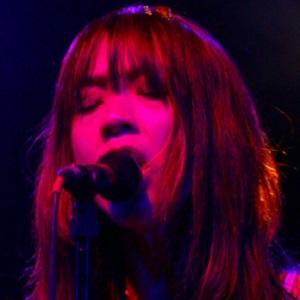 Singer-songwriter and guitarist who formed the indie rock band Blonde Redhead with twin brothers Amedeo and Simone Pace in 1993. She and the band are best known for albums like 2004's Misery is a Butterfly.

She was born in Kyoto and formed an all-girl band while still in elementary school.

She required reconstructive facial surgery after being trampled by her horse, Harry, in 2002.

She and Blonde Redhead have been signed to Smells Like Records, founded by Sonic Youth drummer Steve Shelley.

Kazu Makino Is A Member Of