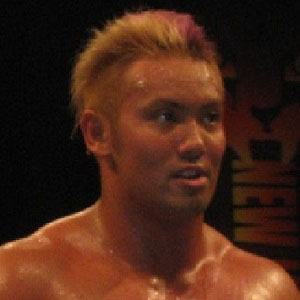 Famous as the 2012 and 2013 winner of the International Wrestling Grand Prix Heavyweight Championship, this Japanese wrestler debuted with New Japan Pro Wrestling in 2007 and then briefly signed with Total Nonstop Action Wrestling before returning to NJPW in 2011.

He received his early wrestling training from Ultimo Dragon at the Toryumon school. His first professional wrestling match, which occurred in late 2004, was against Negro Navarro.

A native of the city of Anjo in Japan's Aichi Prefecture, Okada later lived and worked in both Tokyo and Mexico. After two of his family members began suffering from cancer, he created a charity called the Rainmaker Fund to help fight the disease. In 2019, he married Suzuko Mimori.

He defeated fellow Japanese wrestler Hajime Ohara in a 2004 event.

Kazuchika Okada Is A Member Of