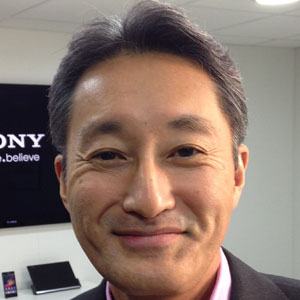 Japanese businessman who became the President and CEO of the Sony Corporation in April 2012. He previously achieved enormous success with the company's gaming division, Sony Computer Entertainment America.

He graduated from the Tokyo's International Christian University and got his start with Sony in the marketing department of Sony Music Entertainment Japan.

He was named as one of the most powerful executives in the entertainment industry by Entertainment Weekly.

His father was a banker who traveled across the globe for his job.

He succeeded Howard Stringer as the President and CEO of Sony.

Kazuo Hirai Is A Member Of