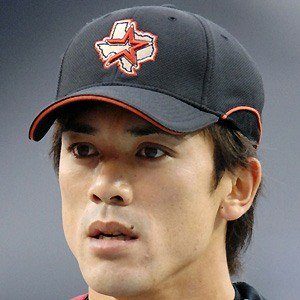 Switch-hitter who became the first Japanese infielder to sign a contract with the National League.

He played baseball for the renowned PL Academy Senior High School, where he was their star pitcher.

In 2004, he played shortstop and Jose Reyes played second base for the Mets. The following year, they switched positions and Reyes went on to become an All-Star at the position.

Kazuo Matsui Is A Member Of