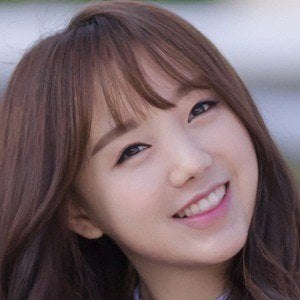 Korean singer who shot to stardom as a member of the K-pop girl group Lovelyz. She has also released a number of songs as a solo artist, including "Shooting" and "Love Like That."

She was born in Incheon, South Korea.

She began her acting career with a role on the web series Matching! Boys Archery Club in 2016.

She danced with singer L during Infinite's performance of "Man in Love" on the show Gayo Daejeon.

Kei Is A Member Of