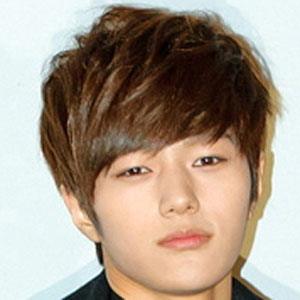 Singer and dancer most famous for being a member of the South Korean boy band Infinite. He is also an actor known for his roles on TV dramas like Master's Sun and Cunning Single Lady.

He graduated from Daekyung University in February 2013.

His photo book, L's Bravo Viewtiful, became a best-seller in 2013.

His real name is Kim Myung-soo. He has a brother named Moonsoo.

He has been bandmates in Infinite with singer Nam Woo-Hyun.

L Is A Member Of