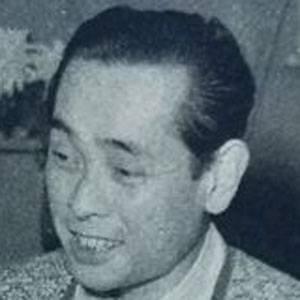 He began working as a photographer and was eventually promoted to assistant director.

In 1984, he was awarded the Order of the Rising Sun for his work in Japanese film.

He was born in Hamamatsu, where his parents ran a grocery store.

In 1943, he beat fellow director Akira Kurosawa to win the New Director Award.

Keisuke Kinoshita Is A Member Of