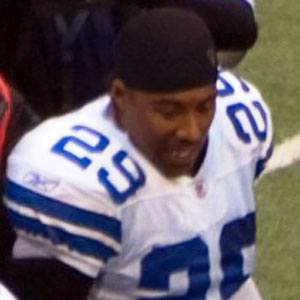 Safety who made his NFL debut in 2002 for the Dallas Cowboys, and later went on to play in the UFL.

He was an All-American as a senior at Sam Houston State, but went undrafted in the 2002 NFL Draft.

After spending the 2008 preseason with the Miami Dolphins, he returned to the Cowboys at the start of the season, and was named a captain within days of rejoining the team.

He was born in Dallas, Texas, where he played much of his professional football.

In Dallas he played for under head coach Bill Parcells.

Keith Davis Is A Member Of