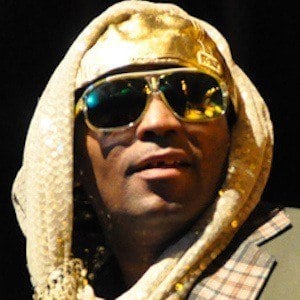 Rapper who's gone by the names Kool Keith, Dr. Octagon, and Dr. Dooom, among several others. He's known for the albums Dr. Octagonecologyst, Black Elvis/Lost in Space, and Spankmaster.

He was a founding member of Ultramagnetic MCs, with whom he released Critical Beatdown, Funk Your Head Up, and The Four Horseman. He left after 1993 to pursue a solo career.

He's known for his eccentric and often vocal performances.

He was born and raised in the Bronx.

He and Ice-T worked as part of a collaboration called Analog Brothers in the early 2000s.

Keith Thornton Is A Member Of