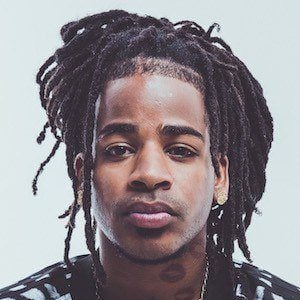 Most Popular#78214
Born in Suriname#5
Born in Paramaribo, Suriname#3

Dutch-Surinamese rapper who originally came to prominence as a member of the group Blackside before finding solo success with tracks like "Keizer, Koning, Admiraal." He is a multiple-time winner of the Summerjam MC Battle Tournament held in Leiden, Netherlands.

He moved to the Netherlands as a small child. He grew up idolizing American rappers like 2Pac and The Notorious BIG.

He is an avid chef who has competed on the cooking competition web series #First.

His birth name is Rozelsky Steve Lie-A-Jen. He has several children.

He collaborated with rapper Lil Kleine on the song "Spijt."

Most Popular#78214
Born in Suriname#5
Born in Paramaribo, Suriname#3

Keizer Is A Member Of