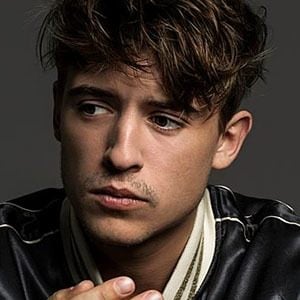 Dutch rapper who broke out in 2013 with the single "Zo Verdomd Alleen" and scored a platinum hit in 2015 with "Drank & Drugs." He has also been affiliated the Giocatori group and presented the radio show Hip-Hop NL.

He was born in the Red Light District of Amsterdam.

His birth name is Jorik Scholten. He was engaged to Jaimie Vaes. They welcomed a son named Lio in June 2019.

He collaborated with Ronnie Flex to produce the single "Drank & Drugs."

Lil Kleine Is A Member Of