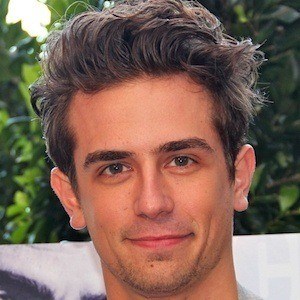 Actor and internet star who first rose to fame portraying Chris Abeley in the film adaptation of the hit teen book series The Clique. He also portrayed Bobby Love in Nickelodeon's Bobby Love and has gone on to star as Zak in the AwesomenessTV musical web series Side Effects.

He was only four years old when his entertainment career began in modeling. He gradually moved into acting and eventually went on to study music and acting at the Long Island High School for the Arts.

A multitalented filmmaker, he is the writer, director, and producer behind the documentary On Thin Ice.

His brother, Nikko, is an aspiring politician and his father, Jeffrey, influenced his musical abilities as a member of a New York rock band.

He stars opposite Lulu Antariksa and Meg DeLacy in AwesomenessTV's Side Effects.

Keli Price Is A Member Of