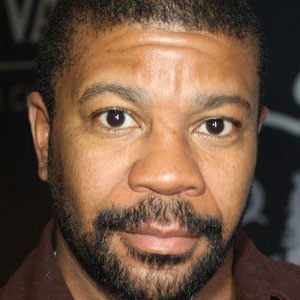 Television actor who played the role of Winston Hill on the sitcom Under One Roof. He also appeared in the 2014 Nickelodeon TV movie Santa Hunters.  He has also a web series called, "Pants Pulled Up" that addresses political and social issues.

He attended UC Irvine and Pomona College. He earned his masters degree in Drama.

He played the role of Duane on the TV series One on One. He has also appeared in a sitcom titled 21 Jump Street and The Hughleys.

He grew up with his family in Pennsylvania and started acting when he was 9.

He was in the comedy Dog Gone with French Stewart.

Knight Squad
Nickelodeon's Not So Valentine's Special
One on One
More