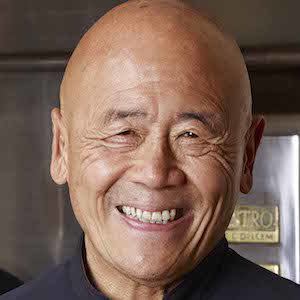 Celebrity chef best known for his show Ken Hom's Chinese Cookery. In 2009, he was recognized by the Order of the British Empire for his contributions to the culinary culture of the UK. Although he was born in the US, he has worked for the BBC for most of his career.

He studied art history at the University of California, Berkley. To pay his college fees, he taught cooking lessons, which helped solidify his passion for cooking.

He's written over 30 books and his 1986 book Ken Hom's Chinese Cookery has sold over 1.5 million copies.

He was born in Arizona, but raised by his mother and relatives in Chicago after his father died when he was eight months old.

He and Alvin Leung are both England-based Chinese chefs.

Ken Hom Is A Member Of