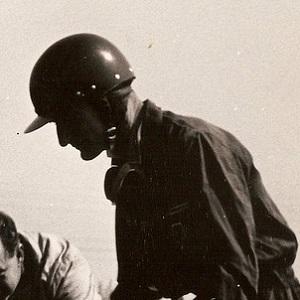 Inducted into the Motorsports Hall of Fame of America in 2001, he won 14 straight victories in the SCCA in 1953 using a car he designed and built himself.

He was a tank sergeant in the British Army during World War II.

He died in a car accident while testing a car at the Riverside International Raceway.

He grew up in Sutton Coldfield, England. His wife's name was Mollie and he had a son named Peter.

Ken Miles Is A Member Of