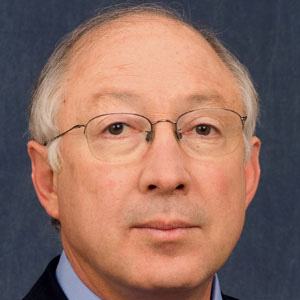 50th United States Secretary of the Interior from 2009 to 2013 who was a US Senator from Colorado from 2005 to 2009. He was only the second Hispanic Interior Secretary in US History.

He obtained a law degree from the University of Michigan Law School, after earning a bachelor's from Colorado College.

He was the designated survivor for the 2011 State of the Union Address.

He has two daughters with his wife Hope.

He was appointed United States Secretary of the Interior by Barack Obama in 2009 and served the office until 2013.

Ken Salazar Is A Member Of