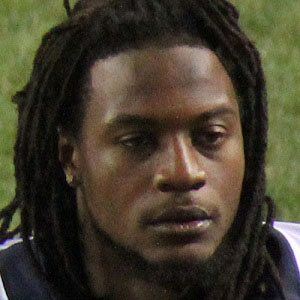 Safety selected in the fifth round of the 2010 NFL Draft by the Kansas City Chiefs, remaining with the team through his first contract before signing with the Texans for a year. In 2015, he signed a three-year deal with the Baltimore Ravens.

He played 44 games at Ole Miss University and racked up 226 tackles, 10 tackles for a loss, 3 sacks, 6 interceptions, 4 forced fumbles, 1 fumble recovery and 18 passes defended throughout his collegiate career. He earned all-SEC honors his senior season.

He scored his first career NFL touchdown on a career-long 59-yard interception return at Oakland in 2011.

He was born in New Orleans, Louisiana and attended high school in Gainesville, Georgia.

John Harbaugh became his head coach upon signing with the Ravens in 2015.

Kendrick Lewis Is A Member Of