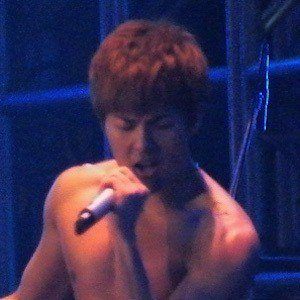 Mandopop singer who broke out with the hit song "Wu Ke Qun," in which he impersonated well-known singers like Wang Leehom and David Tao. He has had success in the acting world, appearing in such films as The Old Cinderella (2014) and Hanky Panky (2017).

He moved from Taiwan to Argentina at age 6. He was a theater major at the National Taiwan University of Arts.

He has a number of songs for other famous artists, including Landy Wen's "Sha Gua" and Melody Chiang's "Ai Ku Gui."

His song "Give Everything to You" features singer Gillian Chung.

Kenji Wu Is A Member Of