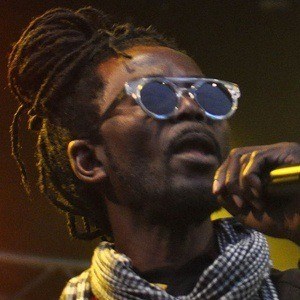 He started making waves in the reggae scene after the release of his album Kenny B in May 2015.

His hit single "Parijs" spent seven weeks at the top of the Dutch Top 40 chart.

He hails from Paramaribo, Suriname. He's also lived in the Netherlands.

He and Nicky Jam are both popular reggae singers.

Kenneth Bron Is A Member Of