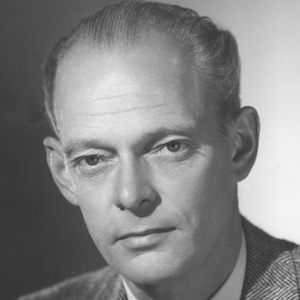 English comedian and radio personality who hosted Much-Binding-in-the-Marsh, which aired on the BBC radio from 1944 to 1954. He also had recurring television roles on Home and Around, Find the Link and Horne A'Plenty.

He served in the Royal Air Force during WWII and in 1943 he was posted to the Air Ministry in London with the rank of Wing Commander.

He died of a heart attack while hosting the annual Guild of Television Producers' and Directors' Awards.

He had six older siblings.

He guest-starred on an episode of the Benny Hill Show in 1957.

Kenneth Horne Is A Member Of