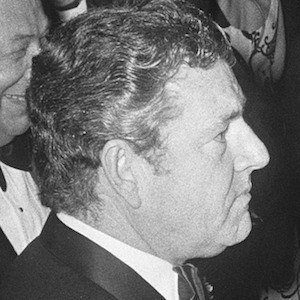 English actor who became widely known for his work in film and on stage during the 1950s. His credits include Deep Blue Sea and Genevieve.

He trained for many different careers before acting, including civil engineering and fur trapping.

He published two autobiographies: Happy Go Lucky in 1959 and More or Less in 1978.

He was married to Angela Douglas from 1968 until his death in 1982 and he had two children from previous marriages.

He starred with Vivien Leigh in the 1955 film, The Deep Blue Sea.

Kenneth More Is A Member Of