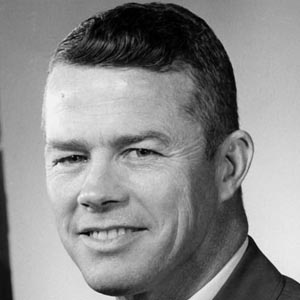 He graduated from the U.S. Military Academy at West Point and went on to study International Affairs at The George Washington University.

He served in Saigon as an executive assistant to the commander of Military Assistance Command, Vietnam.

He was born in Omaha, Nebraska, and he attended high school in Cheyenne, Wyoming.

He and astronaut Buzz Aldrin were both recipients of the Air Force Distinguished Service Medal.

Kenneth L. Tallman Is A Member Of