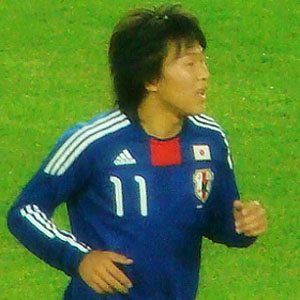 He spent five years of his childhood in Brazil.

He has been the top scorer at tournaments like the 2009 Summer Universiade and the 2010 Asian Games.

His parents owned a business in Ipatinga.

He and Yuichi Komano have both represented Japan at the Olympic Games.

Kensuke Nagai Is A Member Of