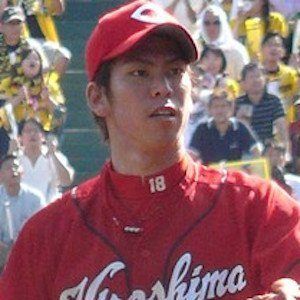 Japanese professional pitcher who signed an incentive-laden eight-year contract with the Los Angeles Dodgers in 2016. He helped the Dodgers reach the 2017 World Series.

He spent the first eight years of his baseball career playing with the Hiroshima Carp of Nippon Professional Baseball, where he twice won the Eiji Sawamura Award.

He played for Japan at the 2013 World Baseball Classic and was named to the All-Tournament team. He was a five-time all-star in Japan.

He married Saho Narushima in 2012 and has a sister.

He was brought in to shore up the Dodgers' rotation behind ace Clayton Kershaw.

Kenta Maeda Is A Member Of