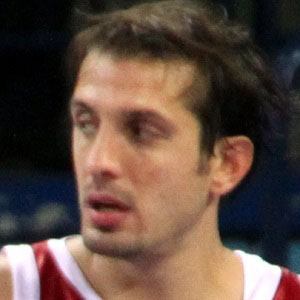 Turkish point guard who won four Turkish Basketball League titles with Efes Pilsen, including three straight from 2002 to 2004. In 2010, he won a silver medal at the FIBA World Championship as a member of the Turkish national team.

He was born in Istanbul and made his professional debut with the Galatasaray in 1997.

He led the Turkish Basketball League in assists in 2005-06 and was named Most Valuable Player.

He was teammates with NBA player Ersan Ilyasova at the 2010 FIBA World Championship.

Kerem Tunceri Is A Member Of