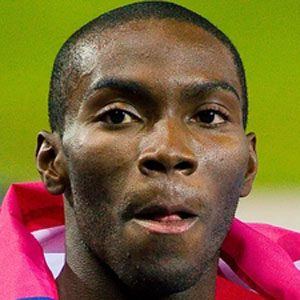 Trinidadian sprinter and hurdler who won the Olympic gold medal in the 4x400 meter relay event at the 2008 Olympic Games. He won four titles at the IAAF World Championships from 2007 to 2009.

His mother, Claudette, raised him as a single parent.

He and sprinter Justin Gatlin both represented the United States at the 2012 Olympic Games in London.

Kerron Clement Is A Member Of