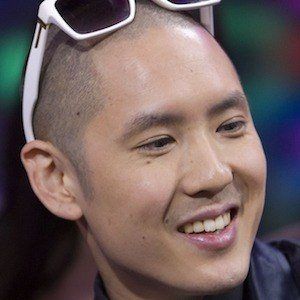 Rapper and music producer best known as one of the founding members of the immensely successful hip hop group Far East Movement. It has gained immense popularity for it's collaborations with artists like Riff Raff, Justin Bieber, and Flo Rida.

He and fellow Far East Movement members Prohgress and J-Splif formed the group in 2003. The trio had been friends throughout high school and had begun their career by posting their music online and performing locally.

The Far East Movement single "Round Round" has been featured in films and shows like The Fast and the Furious: Tokyo Drift, Gossip Girl, and Entourage.

His full name is Kevin Nishimura. He and his brother Steven were raised in Los Angeles, California.

One of Far East Movement's most popular singles "Like a G6", featuring The Cataracs and Dev, peaked at #1, going platinum four times according to the Recording Industry Association of America.

Kev Nish Is A Member Of