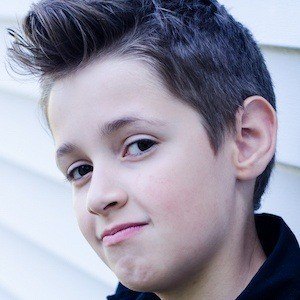 One-half of the brother-sister toy reviewing and unboxing duo that runs the YouTube channel PLP TV (Prank Lab Project TV). He and his sister Jules Alice have earned over 140,000 subscribers.

The sibling's YouTube channel was created in October of 2014. It initially started off as toy collecting channel ran only by Jules.

He created a side channel called Kevin'sVideoCooler about a month after his sister began what would become their collaborative channel.

He and Jules have a younger sibling named Genna Florence.

He and Jules run a channel together as siblings like Gabi and Niki Demartino.

Kevin Christopher Is A Member Of