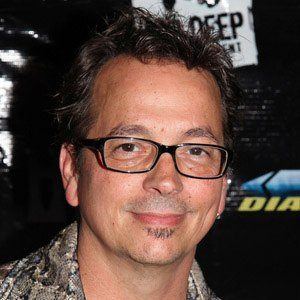 He and future comic book artist Steve Lavigne were classmates at Westbrook High School in Westbrook, Maine. He met Laird while attempting to find a local underground newspaper willing to publish his art. He also worked at a restaurant to support himself.

He and Laird garnered media attention for their creation by putting together a four-page press kit that was sent to 180 TV and radio stations and the Associated Press and United Press International.

He married actress and model Julie Strain, but the two eventually divorced, even though they continued to collaborate creatively on such projects as the animated adaptation of Eastman's Heavy Metal magazine. He later married his second wife Courtney Eastman.

Kevin Eastman Is A Member Of