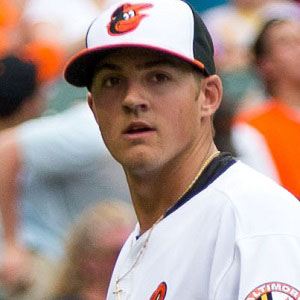 Pitcher who made his MLB debut with the Baltimore Orioles in 2013. He became one of the team's starters in 2014, winning 7 games while posting a 3.57 ERA.

He was initially drafted in the sixth round of the 2010 MLB Draft by the Los Angeles Dodgers, but never signed with the team. He was then drafted fourth overall by the Orioles in 2012.

He made his first career postseason appearance as a reliever in 2014.

He joined Chris Tillman in the Orioles' starting rotation.

Kevin Gausman Is A Member Of