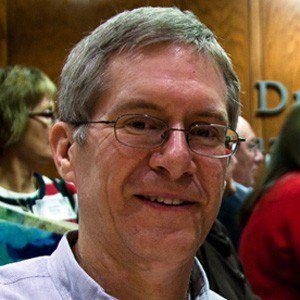 He wrote his first children's book, All Alone, at the age of twenty-one. In the next three decades, he wrote more than thirty other popular children's titles, including Lilly's Purple Plastic Purse and Chrysanthemum.

He graduated from the University of Wisconsin-Madison.

He grew up in Wisconsin with four siblings. He and his artist wife, Laura Dronzek, later became parents to two children (Ruby and Max).

He and Louis Sachar were both nominated for the prestigious Newbery Medal.

Kevin Henkes Is A Member Of