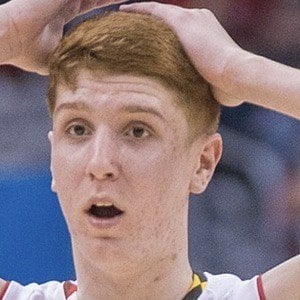 Shooting guard who was taken with the 19th overall pick of the 2018 NBA Draft by the Atlanta Hawks . He entered the NBA out of the University of Maryland, where he was an honorable mention All-Big Ten selection in his sophomore year.

He was raised in Clifton Park, New York. He set the state scoring record while playing at Shenendehowa High School.

He helped lead the U.S. to gold at the 2016 FIBA Americas U18 Championship.

He has siblings named Thomas, Jillian and Meghan. His father, Tom, played basketball at Siena College.

He was teammates with small forward Justin Jackson at the University of Maryland.

Kevin Huerter Is A Member Of