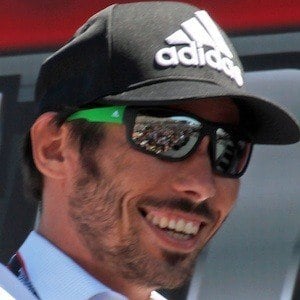 Notable for his rock climbing feats, this California-born adventurer is famous as a member of the two-person climbing team that, for the first time in history, orchestrated a successful free climb of El Capitan's 3,000-foot-tall Dawn Wall (in Yosemite National Park).

He became interested in indoor climbing at the age of eleven, and, by the age of sixteen, had competed in his first international rock climbing event.

He was the Yosemite climbing partner of fellow adventurer Tommy Caldwell.

Born in Santa Rosa, California, to Gaelena and Eric Jorgeson, he grew up with a younger sibling named Matt.

He and Aron Ralston are both well known rock climbers.

Kevin Jorgeson Is A Member Of