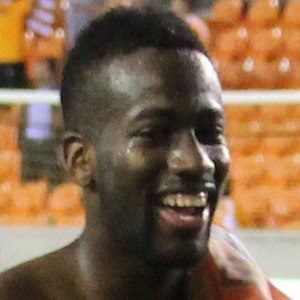 Trinidadian international midfielder known for his play with Orlando City FC, helping the club transition from the USL Pro to the MLS in 2015. He's also played with Ma Pau SC and San Juan Jabloteh.

He started his professional career with San Juan in 2008. He would play in his native Trinidad and Tobago until 2011, when he joined Orlando City.

He's represented Trinidad and Tobago in international play, first joining the national team in 2010. They finished second at the Caribbean Cup in 2014.

He grew up in Carenage, Trinidad and Tobago.

He and Darren Mattocks tied for the scoring lead at the 2014 Caribbean Cup.

Kevin Molino Is A Member Of