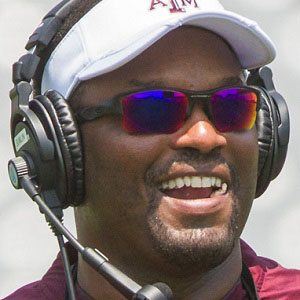 He played football, basketball and hockey at Brebeuf Jesuit Preparatory School in Indianapolis, Indiana. He later attended Purdue University, where he was teammates with future NFL greats like Ron Woodson.

Under his leadership, the Aggies became the first SEC team ever to post more than 7,000 yards in total offense in a single season.

He married a woman named Charlene and has children named Jackson, Joey, Shelby and Courtney.

Kevin Sumlin Is A Member Of