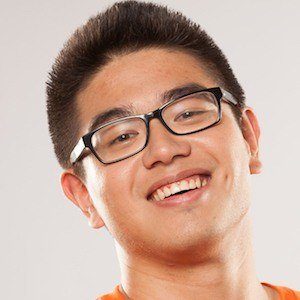 YouTube comedian and vlogger widely known as one half of the French web duo Le Rire Jaune with his brother Henry. Together the brothers have amassed more than 5 million subscribers. He also captains the comparable spin off channel Le Show Jaune.

In November 2012, he opened the Le Rire Jaune channel with the video "LES ASIATIQUES" and created his Twitter account.

Some of Le Rire Jaune's most popular videos, including "FAIRE UN RÉGIME" and "AVOIR UN FRÈRE", have earned well over 8 million views.

He and his brother Henry are natives of Paris, France.

Kevin Tran Is A Member Of