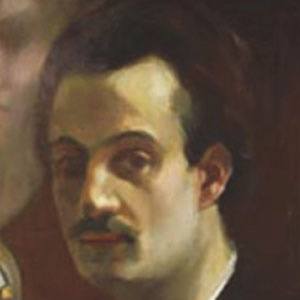 Lebanese poet, author, and artist best known for The Prophet, a mystical, inspirational work that attained a cult following. He is also known for his 1912 poetic novel, Broken Wings.

He was the son of a Mount Lebanon apothecary. He published his first literary work, Nubthah fi Fan Al-Musiqa (Music), in 1905.

He died at the age of forty-eight from a combination of tuberculosis and cirrhosis of the liver.

He immigrated to the United States in 1895 with his mother and sisters.

John Lennon incorporated several lines from Gibran's poem, "Sand and Foam," into a song on the Beatles' White Album.

Khalil Gibran Is A Member Of