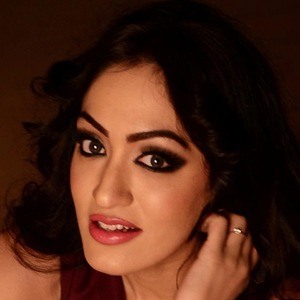 Indian model and fashion designer who is also well known as the daughter of movie producer and entrepreneur Gulshan Kumar. Her dresses have been worn by Shakira, Joanna Krupa, Ashanti, and LeAnn Rimes.

She posted her first photo on Instagram in May 2014.

She collaborated with her sister Tulsi Kumar for the single "Mera Highway Star" in 2017.

Her parents Gulshan Kumar and Sudesh Kumari got married in 1975. Her sister is singer Tulsi Kumar and her brother is film producer Bhushan.

She was featured in the music video for "Raat Kamaal Hai" alongside Guru Randhawa.

Khushali Kumar Is A Member Of