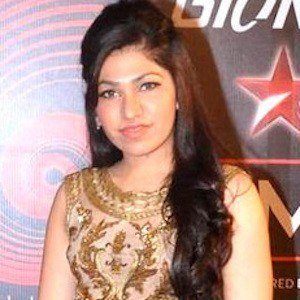 Indian playback singer known for her contributions to Bollywood hits like 2006's Chup Chup Ke, 2010's Once Upon A Time In Mumbai and 2016's Sarbjit. Her debut album, Love ho Jaaye, was released in 2009.

She began receiving training in classical singing at the Suresh Wadkar Academy at age six.

She was nominated for a Popular Award for Best Female Playback Singer for the song "Hafiz Khuda" from the film 8 x 10 Tasveer.

She married Hitesh Ralhan. Her father is entrepreneur Gulshan Kumar. Her sister is model Khushali Kumar. Her brother is film producer Bhushan Kumar.

Her song "Tum Ho" from the 2007 action film Raqeeb is a duet with Zubeen Garg.

Tulsi Kumar Is A Member Of