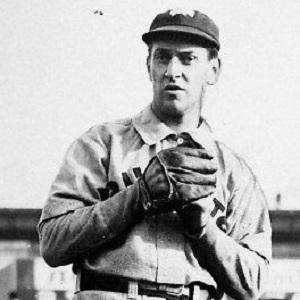 Hall of Fame pitcher who was one of the most dominant of his era and the youngest, for the time, to earn 300 wins. He spent the bulk of his career with the Boston Beaneaters, the franchise that would later become the Atlanta Braves.

He earned his nickname upon joining the Beaneaters, where his slight frame got him mistaken for a batboy.

He finished his rookie season with a 27-19 record, and a league-leading seven shutouts; proceeded to record 30-win seasons in each of his following seven seasons.

He was born in Madison, Wisconsin, his father was a butcher and his step-brothers local amateur baseball players.

Even the legendary Cy Young could not match his 30-win seasons.

Kid Nichols Is A Member Of