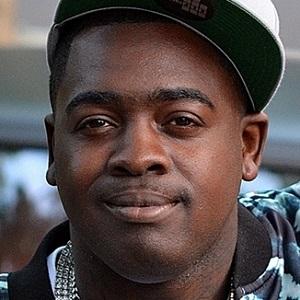 American rapper and songwriter. In 2014, he joined the popular hip-hop group G-Unit. Earlier in his career, he was a member of a rap collective called Sqad Up. In 2016, he released a single titled "Everyday."

He released "Big Bankroll," his debut single, in 2011. His first album with G-Unit, The Beauty of Independence, was released in 2014.

Shortly before beginning his association with G-Unit, he suffered six gunshot wounds.

He was born Curtis Stewart. He has a son.

Rapper 50 Cent brought Kidd Kidd into G-Unit and featured the young hip-hop artist on a number of recordings, including the mixtape The Lost Tape and the album Animal Ambition.

Kidd Kidd Is A Member Of