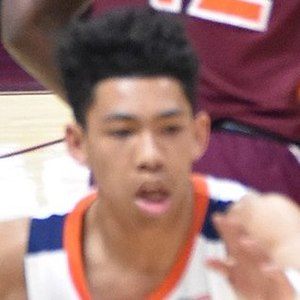 Point guard who helped the Virginia Cavaliers win the 2019 NCAA Division I Men's Basketball Tournament. He was a standout in high school where he averaged 19.4 points, 7.2 assists and 2.9 steals during his senior year.

He became the second Filipino-American in history to play for an NCAA Men's Basketball Championship Team.

His father Malik played college hoops and his mother's name is Sharon. He has 2 brothers named Nalu and Shaka.

He was coached by Tony Bennett while playing for the University of Virginia.

Kihei Clark Is A Member Of