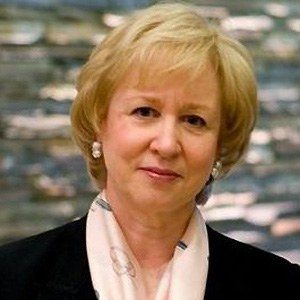 Canadian politician, lawyer, university professor, diplomat, and writer who became Canada's first female Prime Minister in the summer 1993 after the unexpected retirement of Prime Minister Brian Mulroney. She was known for her frank honesty and many believe that is what lost her the election in the fall of 1993.

She was a host and reporter on CBC's Junior Television Club.

She was the only Prime Minister to have been born in British Columbia.

Her mother abandoned her family when she was 12, and she was raised by her father alongside her sister, Alix.

Kim Campbell Is A Member Of