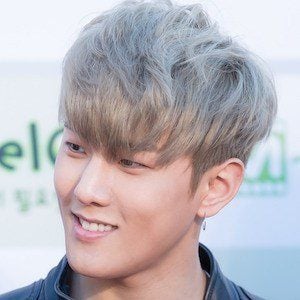 Pop singer known for being a member of the K-pop boyband iKon. Their 2015 debut album Welcome Back topped the South Korean charts and reached number three in Japan.

He was selected as the sixth member of the group Team B in 2012. They competed together on several reality shows to determine the final lineup for iKon.

He grew up in Seoul, South Korea.

While with Team B, he and the group appeared in the music video for "Ringa Linga" by Taeyang.

Kim Donghyuk Is A Member Of