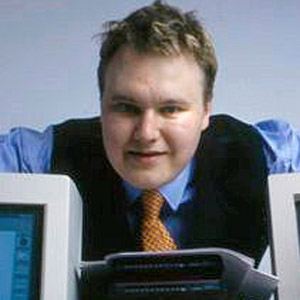 German entrepreneur and computer hacker who founded Megaupload Ltd. He was subsequently imprisoned on charges off embezzlement, computer espionage, and fraud.

At the age of twenty, he was arrested for stealing personal data and phone numbers. This set off a string of computer crimes, and he moved from country to country to evade capture.

In the aftermath of the September 11, 2001 terrorist attacks, he established a group called Young Intelligent Hackers Against Terrorism.

He was born Kim Schmitz in Kiel, Germany. He married Mona Verga Dotcom in 2009; they had five children: Keera, Kylee, Kimmo, Kobi and Kaylo.

He and Jonathan James both became known as high-profile computer hackers.

Kim Dotcom Is A Member Of